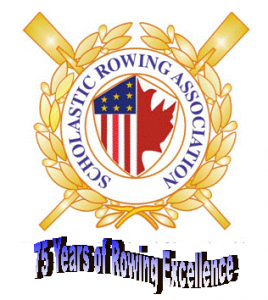 Seven New York State boats advanced to Saturday’s Scholastic Rowing Association of America national finals with six other crews advancing to the morning semifinals with a chance at rowing for gold in the afternoon on the Schuylkill River in Philadelphia.

The Canisius High School and St. Joseph’s Collegiate Institute boys’ varsity 4+ will face-off against each other in the morning’s 9:07 a.m. semifinal.
The Mount St. Mary Academy girls’ varsity 4+ will compete in the 9:14 a.m. semifinal with Nichols Crew rowing in the 9:21 a.m. semi.
Nardin Academy and Saratoga Rowing are matched up in the 9:49 a.m. girls’ varsity 8+ semifinal.
In the semifinals the top 3 finishers advance to the ‘A’ final and the next three to the ‘B’ final.

Racing will then give way to the late morning championship finals.

The Capital Region will have a showdown in the City of Brotherly Love as the Saratoga Rowing and Niskayuna Rowing boys’ varsity doubles will compete in the six-boat championship final at 11:06 a.m.
A 1-2 finish for Section II would be a highlight for this year’s SRAAs.

The Niskayuna Rowing girls’ varsity double of Heather Schmidt and Jordan Zenner, the Stotesbury Cup girls’ junior double champions, are part of a full field in the 11:13 a.m. final.

The Burnt Hills Rowing Association returns to the SRAAs in a final as the boys’ varsity quad gets its chance at a medal at 11:20 a.m. BHRA claimed a bronze medal in 2018 in the boys’ varsity 2x and the organization did not race in 2019 at the SRAAs.
Below is a look at Friday’s results, advancing boats and Saturday semifinal and final times.

With nine New York State Scholastic Rowing Association clubs competing in Philadelphia this weekend at the Stotesbury Cup Regatta, here is a quick list of links:

There are some fish heads will be getting a few more miles on them after making their way from Lake Pulaski, down to Saratoga Lake and now throughout the Northeast and a lucky few into Canada (explain that at the border….).

The weather cooperated enough to get all the races in on Sunday for the junior divisions with Saratoga Rowing Association leading the way with 12 overall category wins followed by Greenwich Crew with seven, Niagara Falls with five, St. Catherines Rowing Club with four and Community Rowing Inc. with three.

Here’s to hoping that Mother Nature doesn’t rear her ugly head again Sunday as the Head of the Fish heads into it’s second day and that it is a full day of racing.

The adults and colleges were blown off for Saturday’s afternoon racing, but Sunday looks to be much more wind-friendly than Saturday was.

Here is the race schedule with bow numbers courtesy of Saratoga Rowing Association and the ‘Timing Princess’ Susan Pruiksma.
Sunday Head of the Fish schedule

Results will be posted to @NYSRowing on Twitter as you expect. Reda will be off-site posting and staying warm. Saturday’s weather also pushed me out to Gloversville for the Section 2 field hockey championships, times three, so good luck to all teams.

Well, Mother Nature took umbrage to the annual last weekend of October regatta in Saratoga Springs. When grizzly, seasoned regatta director Chris Chase called the weather Saturday morning ‘miserable’ you knew it was bad.
With the wind gusts increasing heading into the afternoon, the second slate of racing was cancelled as it was chock full of small boat events.
Listed are the complete Sunday morning results courtesy of ‘Timing Princess’ Susan Pursmiska and her talented crew.
Saturday AM Head of the Fish 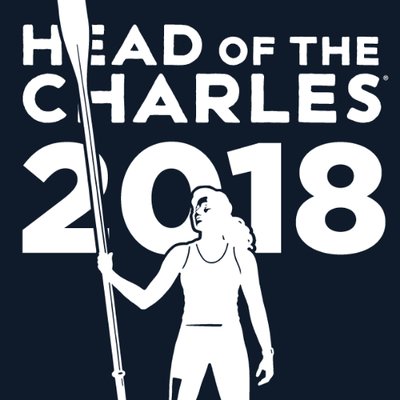 It’s an annual rite of passage for many high school rowing teams, the trip to and through Boston via the Charles River.
Each shell’s coxswain will face their biggest challenge, passing, calling a Power 10 and negotiating five bridges and turns along the way.
Here is the listing of the New York State High School entries to schedule your viewing time.
Head of the Charles High School entries

Here is the link for The Rowing Channel to view all the action during the weekend.

www.NewYorkStateRowing.org is the home of scholastic rowing in New York State, providing updates, results and links about the successes of high school rowing across the Empire State.